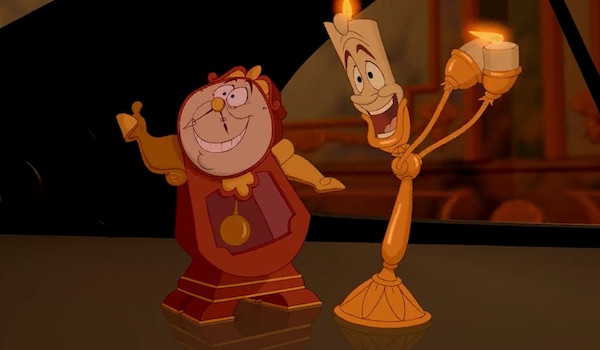 Famous heroes and villains are the lifeblood of most stories, and that’s especially true in the Disney universe. But admit it – when watching a Disney film, those trusty sidekicks are always a big draw – often more so than the heroes themselves. Always sweet, often cuddly, and usually full of comic relief – Disney sidekicks hold a special place in our hearts. Looking through the Disney/Pixar catalog, there are dozens of fabulous sidekicks. But for the sake of sharing an article short enough to read, let’s try to narrow it to ten-ish favorites. These are in no particular order, so just put your arm around these pals and take them along for the ride.

This little pixie is the source of that magic dust we all love so much. Tinkerbell is, in every way, her own person. Neither a follower nor a leader, she just does her own thing and flitters on her own breeze. But she always comes back to help her friend Peter, even when he bans her from the group “for a week, then.” This tiny firecracker is not for everyone, but she’s loyal to those who count. She also does a spectacular job starting the fireworks!

“Give a little whistle!”

Pinocchio’s trustworthy friend and conscience Jiminy Cricket is probably the most cuddly of any Disney bug. Jiminy’s honesty and loyalty help guide Pinocchio in his adventure through many of childhood’s difficult temptations. When Pinocchio’s decisions lead him astray, Jiminy doubles down on helping him find his creator (and eventual father) Geppetto in the belly of the beast – Monstro the whale. Not bad for a little cricket!

“The very things that hold you down are going to lift you up.”

Timothy Q. Mouse is the absolute definition of a friend and sidekick you want in your corner. Since the moment this outspoken mouse befriended a scared and lonely baby elephant, Timothy has remained a steadfast supporter, cheerleader, and comforter. His projection of confidence in Dumbo’s abilities gave the elephant the confidence he needed to reach new heights. Plus, he literally works for peanuts! Now, where can we get one of those magic feathers?

Lumiere, Mrs. Potts, and Cogsworth – Beauty and the Beast

This trio of enchanted servants hitched a ride on Prince Adam’s falling star, but stayed by their master’s side when things went magically awry. Even when shrunk down to simple housewares, they still “only live to serve.” And they did so with unfailing loyalty, despite the Beast’s temperamental antics. What makes these three royally special is that they manage to help Belle during her captivity, while sticking by their master’s side. In the process, the trio help create “something there that wasn’t there before.”

Pooh and Piglet – The Many Adventures of Winnie-the-Pooh

Pumbaa and Timon – The Lion King

“Hakuna Matata. What a wonderful phrase!”

To live a carefree life without worries – who wouldn’t want that? As much as this desert dwelling duo try to keep Simba living their carefree ways, the lion king’s destiny comes calling. Pumbaa and Timon answer in kind, springing into action by their friend’s side to defeat Scar and his motley crew of heckling hyenas.  This unlikely pairing of a warthog and a meerkat is much trickier than they appear. Just don’t call Pumbaa a pig.

One of the largest sidekicks in Disney animation is also one of the swinging-est. As one of two jungle residents charged with guiding Mowgli the man-cub to safety, the freewheeling Baloo is the polar opposite of Bagheera the nervous panther.  It is exactly this element of fun and style that endears audiences to Baloo from the moment he dances onto the screen. In fact, I’d go so far as to say Baloo invented “Hakuna Matata” long before Pumbaa and Timon coined the famous phrase.

Fun fact: Does Baloo look (and sound) somewhat familiar to another Disney bear sidekick? Thanks to the animation process of Xerography developed by Disney Legend Ub Iwerks, Baloo’s wobbly strut was able to translate into an entirely new character – Little John from 1973’s Robin Hood.

The Xerography process allowed animators to repurpose many of Baloo’s existing animated sequences and use them in Robin Hood, saving animators time and expense. And of course, who could miss that soulfully scratchy voice provided by American actor, comedian, musician, and songwriter Phil Harris? “You Better Believe It!”

Louis and Ray – The Princess and the Frog

Combine an alligator – one of the least cuddly creatures in the animal kingdom – with a tiny cajun firefly, and you get one of the most surprising and heartening sidekick duos in the history of Disney animation. Louis the giant alligator (and his tiny trumpet) exudes cool southern jazz vibes. Ray (and his glow-in-the-dark booty) combines down-home familiarity with otherworldly whimsy to make him one of the most lovable Disney bugs of all time. They may not seem like a natural match, but they were crucial in helping Tiana and Naveen bust out of the bayou.

Are we doing Mike a disservice calling Sully’s best friend a sidekick? Mike is the Roy to Sully’s Walt, the Ron Weasley to Sully’s Harry Potter, and the Cameron Frye to Sully’s Ferris Bueller. In other words, Mike is the oft-overlooked – but never unimportant – backbone behind his partner’s success. After following Sully on his manic journey to protect an alien being (otherwise known as a human child) from completely destroying Monstropolis, Mike gets his due when the team discover that laughs are ten times more powerful than screams. At the end of the film, Sully gladly takes his turn holding the clipboard, while Mike gets his time to shine.

You ain’t never had friends like these! Aladdin’s monkey Abu is more than a pet – he’s the street rat’s wingman in the kingdom of Agrabah. When Aladdin and Abu get trapped inside the Cave of Wonders, Aladdin unleashes the most magical sidekick of them all – the “often imitated, never duplicated” Genie of the Lamp. Of course, no Arabian Knight’s tale is complete without another dose of magic, in the form of a flying carpet. Together, these three help Aladdin win over the affection of Princess Jasmine (and a place of honor in the kingdom).

Sebastian and Flounder – The Little Mermaid

What do you do when you’re charged with monitoring (and protecting) a free-spirited teen who is dying to be in the one place she is forbidden to go? Hold on for dear life! I don’t envy Sebastian – he’s a majordomo crab torn between two loyalties – his master King Triton and his friend Ariel. He’s not perfect at either role, but his big heart beats loudly inside that tiny red shell. Flounder, on the other hand, is free to roam with Ariel (except that this “guppy” has a bit of a nervous streak). Somehow, the pair manages to watch over and help Ariel even while she is dwelling on land, thanks in part to Ariel’s bird-brain friend Scuttle the seagull. It takes a village to raise a land-loving mermaid!

Tow Mater (more affectionately known as Mater) is about as rusty, broken, down, and “redneck” as any vehicle could be, yet he still manages to operate his towing business with an undying enthusiasm and comedy. He is the polar opposite of racer Lightning McQueen, who comes to town with a blinding shine on his freshly painted coat, and a selfish attitude that sorely needs adjustment. Mater is in many ways emblematic of the residents of Radiator Springs. He is “real people”, and his simple but honest personality draws out the sensitive (and sensible) side of McQueen. “Git-R-Done!”

“Some people are worth melting for.”

Olaf’s famous words sum up the snowman’s sentiments perfectly. The icy friend was a simple childhood creation of Queen Elsa when she was still a child. But it wasn’t until her powers grew that the seasonally-confused snowman was able to become the guiding light her sister Anna needed to reunite the pair. Of course, Anna received lots of help from the romantically-challenged ice hauler Kristof and his loyal reindeer Sven. The reindeer may not have much to say, but Kristoff’s companion keeps him on the forward path, which in turn helps him save the sisters from a frosty future.

The unknowingly stubborn Baymax is – quite literally – programmed to care for people. So like it or not, Hiro’s big white shadow is with him every step of his journey. And that’s a good thing, as Baymax proved to be quite a capable companion. What separates Baymax from the other sidekicks in this list? He consciously sacrificed himself to save Hiro’s life. Thankfully, he smartly planted his robo-DNA in his last remaining fist, so Hiro could later recreate his friend. Well done Baymax, we are satisfied with our care!

“One thing you should know about Mary Poppins: she never explains anything.”

When it comes to history’s most famous nanny, relationships are complicated. Mary Poppins floats down from the sky and makes magic happen. But along the way, she *sort of* calls upon her trusted friends for assistance. As Mary’s trusted friend, Bert the Chimney Sweep wiggles his way into the world of the Banks children, helping Mary form something of a fantasy parental unit for which the Banks children fall head-over-heels. A generation later, Bert’s apprentice Jack (a lamplighter, or “leerie”) forms a similar bond for Michael Banks’ children, when Mary Poppins returns to the family in need. “Indubitably!”

Ok, so this top ten-ish list ended up including 24 sidekicks from fifteen films. There are just too many to choose from, and so many that just missed the list. Did we miss any of your favorites? Let us know with a comment, either here or on social at:

Check out part two of this series, where we celebrate favorite sidekicks in the Star Wars Galaxy and the Marvel Cinematic Universe. And stay tuned for our related list of those oft-mistreated, yet still loyal top Disney henchmen! 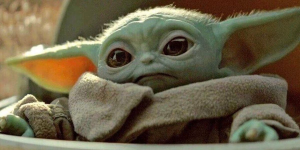 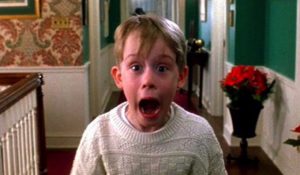 Hallelujah! A Celebration of Our Top Ten Christmas Heroes 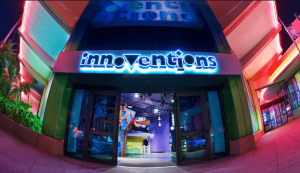