The Hall of Presidents is one of the longest standing attractions at Magic Kingdom, opening with the park in 1971. It is modeled after Philadelphia’s Independence Hall.  The attraction includes animatronic figures of all 44 U.S. presidents.

When the attraction first opened, Abraham Lincoln was the only president with a speaking role, which leads me to this trivia question.  Can you name the second U.S. president to receive a speaking role in this elegant attraction?

The Hall of Presidents closed for a lengthy refurbishment in 1993, and when it reopened, Bill Clinton addressed the audience using dialogue recorded by Clinton himself. This was the first time any U.S. President, other than Abraham Lincoln, spoke at any Disney attraction.  It was also the first of the recent line of U.S. presidents to record dialogue for Disney, which has then been added to the attraction along with their figure. Presidents Bush, Obama, and Trump have all followed suit.

Fun Fact: The Hall of Presidents displays the official seal of the President of the United States. Disney requested and received special permission from the U.S. Congress to do this, as the seal is generally only allowed to be displayed in the presence of a U.S. president.

This inspiration for this post came from Top Disney by Chris Lucas, 2019. Visit the Top Disney blog site at https://topdisneyblog.com 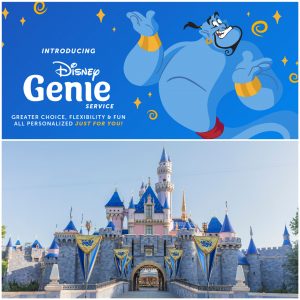