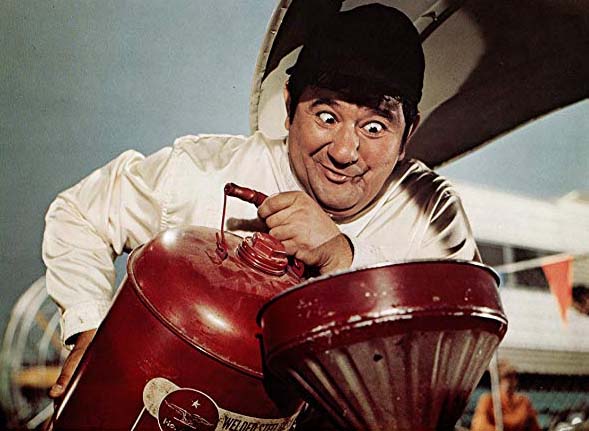 The current Coronavirus shutdown has afforded me the time to catch up on some Disney films I’ve been meaning to watch. One of those was The Love Bug, which I just watched for the first time in over 30 years. I forgot how much I loved the film. It has heart, excitement, a teensy bit of romance, and of course lots of car racing shenanigans.

One of the film’s primary characters is a goofy, kindhearted sidekick named Tennessee Steinmetz, played by comedian Buddy Hackett.  Upon listening to Buddy’s character speak, I immediately knew that distinctive voice as a well-known animated Disney princess sidekick.

So that is my question today: Which Disney princess sidekick was voiced by Buddy Hackett?

Hackett’s goofy, buddy-next-door tone and demeanor are unmistakable in Scuttle’s voice and in his animated characteristics.

Hackett died in 2003, but his voice will live on for Disney princess fans everywhere! 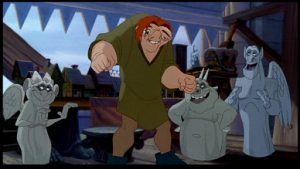 The Gargoyles of Notre Dame

Answer: Destino: A Film 58 Years in the Making