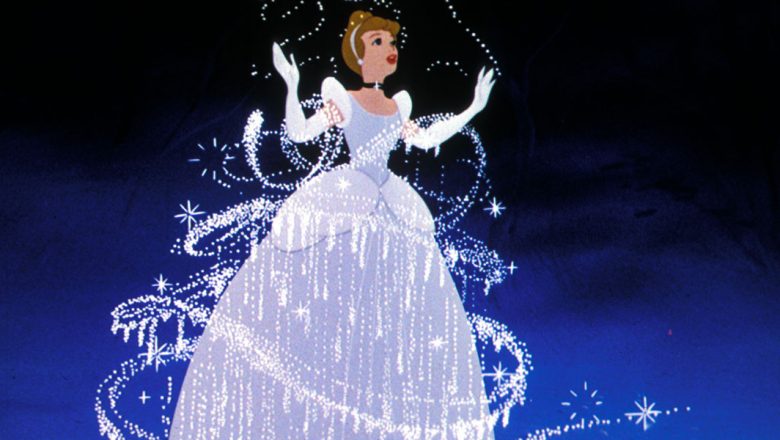 Happy 70th anniversary to this lovely lady. Cinderella – Walt Disney Studios’ twelfth animated motion picture – was released across the United States on March 4, 1950, coming hot on the heels of The Adventures of Ichabod and Mr. Toad, which was released in October 1949.

This Disney film is based on the most well-known version of this timeless fairy tale Cendrillon ou la petite pantoufle de verre (Cendrillon or The Little Glass Slipper), written by French author Charles Perrault. Perrault built this story on a legacy of historical versions of the tale, and added the popular components of the pumpkin, Fairy Godmother, and the glass slipper.  The name Cendrillon originates from the French word cendre, which means ashes. In Perrault’s tale, After Cendrillon’s chores are done for the day, she curls up near the fireplace in an effort to stay warm. Her close proximity to her only source of heat and warmth often causes her to be covered in cinders, leading to the insulting nickname “Cendrillon” used  by her stepsisters. The name has since been anglicized to Cinderella, as we know her today.

The 1950 animated film features the sympathetic story of a young and beautiful maiden, who is already named Cinderella at the outset of the film.  Events prior to the start of the film establish that Cinderella’s mother died while she was very young. Cinderella’s father remarried to the haughty Lady Tremaine (in my opinion, one of the most devious Disney villains of all time) who became her stepmother.   When Cinderella’s father died, Cinderella was trapped into a life of servitude to her jealous stepmother and her two buffoonish and equally jealous stepsisters, Anastasia and Drizella. All three mistreat Cinderella throughout her youth and into young adulthood, forcing her to perform menial house chores and service to the rest of the family, and she is never allowed to have any of the social opportunities enjoyed by her stepsisters.

Cinderella’s fortunes change with the appearance of a Fairy Godmother, who casts a spell to give Cinderella an opportunity to attend the prince’s royal ball, complete with ball gown and glass slippers.  Cinderella travels to the ball in a grand stagecoach transformed from a pumpkin, pulled by a team of horses with a coachman and a footman – all transformed from a collection of Cinderella’s animal friends.  The one limitation to the Fairy Godmother’s spell is that the magic will expire on the last stroke of midnight, and all will turn back to the way it was before.

At the ball, Cinderella catches the prince’s eye, and makes quite an impression on him, spending much of the evening dancing with him, causing her stepsisters, who are unaware of Cinderella’s transformation, to become insanely jealous. As the clock strikes midnight, Cinderella flees the ball for fear that she will turn back to her maiden appearance for all to see.  In her haste, she loses one of her glass slippers.

Smitten by Cinderella’s beauty and charm, the king decrees a search for the maiden who left behind the glass slipper, proclaiming that all eligible maidens try on the slipper in an effort to find the one who caught the prince’s fancy, then fled the ball.

In the final scene of the film, Cinderella is seen running down the castle steps again, this time as the bride of the prince – and  newly crowned princess.

As an overall film, Cinderella brilliantly presents the magic of classic hand-drawn animation, and celebrates the triumph of a positive youthful spirit over jealousy and contempt.  Cinderella’s endurance over being mistreated, and her ability to help herself succeed toward the end of the film, served as early Disney attempts to establish the princess character as a strong individual, and not simply a fragile female waiting to be rescued.

Cinderella is also the second in a long line of Disney princess films to feature a host of helpful animal sidekicks, which have become a staple in the princess films. While her 1937 predecessor Snow White and her 1959 successor Briar Rose (Sleeping Beauty) befriend nearby woodland creatures, Cinderella makes nice with the more domestic assortment of mice and birds around the Tremaine estate, including three mice Gus, Jaq, and Mary.  One of my favorite Disney dogs, Bruno, is a copper colored bloodhound who is loyal to Cinderella, and very much dislikes Lucifer, the Tremaine’s mean-spirited cat. The animals’ efforts to help Cinderella succeed throughout the film are classic examples the celebrate the mantra “you get what you give.”

Cinderella was Disney’s first effort at a full animated feature film since the box office failures of Pinocchio, Fantasia, and Bambi, all released in the early 1940s. After these box office failures, and also partly as a result of a disconnection from European markets caused by World War II, Disney had turned away from full length feature animated films, and to the production of “package films” which consisted of several shorter films linked with a common theme. Cinderella became the greatest critical and commercial hit for the studio since Snow White and the Seven Dwarfs was released in 1937, and it helped pull the studio out of a $4 million debt.

The film was directed by Clyde Geronimi, Hamilton Luske, and Wilfred Jackson.  The animation crew for Cinderella is a “Who’s Who” of Disney animation legends, including all of Walt’s Nine Old Men (Marc Davis, Eric Larson, Les Clark, Frank Thomas, Milt Kahl, Ollie Johnston, Ward Kimball, Wolfgang (Woolly) Reitherman, and John Lounsbery) as well as Disney Legend Norm Ferguson.  All ten of these legends made large contributions to the film.

Cinderella received three Academy Award nominations, and was largely viewed by the public and the critics as Disney’s most impressive feature film since Snow White.

In 2018, the film was selected for preservation in the United States National Film Registry by the Library of Congress as being “culturally, historically, or aesthetically significant.”

Here are a few pieces of Cinderella Trivia:

The 1950 film was not Walt Disney’s version of Cinderella. During his early years, producing the Laugh-O-Gram series (1921-1923), Walt created several short films based on fairy tales, and one of them was “Cinderella”, released in 1922.

Lucifer the Cat is based on animator ward Kimball’s chubby (and six-toed) calico cat Feetsy.

The transformation of Cinderella’s torn dress to that of the white ball gown was considered to be Walt Disney‘s favorite piece of animation. 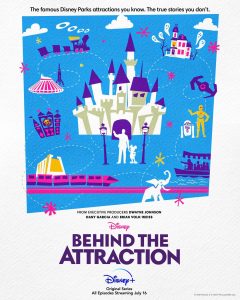