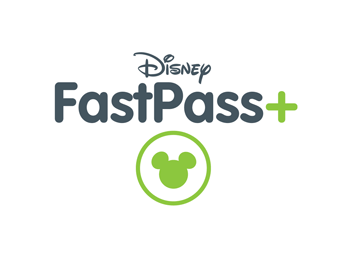 If you’ve visited Walt Disney World (WDW) in recent years, you are likely familiar with WDW’s FastPass+ system, where you can reserve up to three attractions per day to enjoy with minimal time spent waiting in line. FastPass+ uses WDW’s MagicBand technology in sync with the My Disney Experience (MDE) App for selecting attraction reservations.  Guests can select the attraction they wish to experience, and also choose from an available selection of times they wish to visit the attraction. It replaced the paper FastPass system that was previously employed in the parks, whereby guests could visit a desired attraction, punch up a fastpass request, and receive a paper ticket to return and enjoy the attraction at a later time that day, as assigned by WDW’s scheduling algorithm.

There are many posts online in the Disney-sphere that offer guidance and strategy on using Disney’s FastPass+ system, so I will not dive into that here (but I will include a link to some good guidance at the end of this post). What I will discuss here is the current iteration of WDW’s FastPass+ tier system, which is currently employed at three of WDW’s four theme parks (Magic Kingdom is the only park at WDW that does not employ a tier system).

The WDW tier system categorizes the most popular attractions (historically referred to as E-ticket attractions) separately from the remaining attractions at a given park. The parks that use the tier system have two tiers each – Tier 1 and Tier 2. When making FastPass+ selections at a park with tiers, guests may choose one attraction from the park’s Tier 1 list, and they can use their remaining two selections on Tier 2 attractions (guests may also choose to select three Tier 2 attractions, instead of selecting any Tier 1 attractions).  After the guest scans in at their selected Tier 1 attraction, they may make another Tier 1 selection (or alternatively they may make another Tier 2 selection).

Those are the basics on how the WDW Tier system works. Now I will provide a list – by park – of the Tier 1 and Tier 2 attractions.  For good measure, I am also including Magic Kingdom attractions available by FastPass+, even though Magic Kingdom does not currently use the tier system.  This list will be subject to change going forward, but I will strive to update this list as WDW changes attraction designations.

Note: if an attraction does not appear on one of the lists below, it is because it is not part of the FastPass+ system (Astro Orbiter, the Walt Disney World Railroad, and Epcot’s World Showcase pavilion films are good examples of this).

Note: TRON Lightcycle/Run is scheduled to open to guests in Tomorrowland in 2021.  We do not yet know if the introduction of this attraction will cause Magic Kingdom to adopt the tier system, or if it may use the Boarding Group system currently employed by Rise of the Resistance (which would be a perfect fit for theming).

Note: Rise of the Resistance, which opened in November 2019, is not yet part of the FastPass+ system. It currently continues to use the Boarding Group system for reserving an experience on the attraction. Also, Mickey and Minnie’s Runaway Railway is scheduled to open to guests on March 4, 2020, and will be accessible for FastPass+ as a Tier 1 attraction.

Note: Remy’s Ratatouille Adventure is scheduled to open to guests in the France pavilion in summer 2020.   We do not yet know if or when this attraction will join the FastPass+ system. Also, Spaceship Earth will be closing – likely during the first half of 2020 – for a lengthy refurbishment that will last over two years. It will not be available to guests during this time, and therefore will not appear as a selection on MDE. 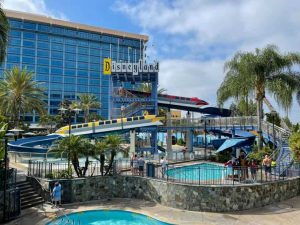 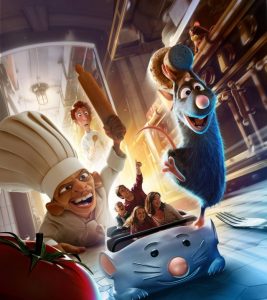