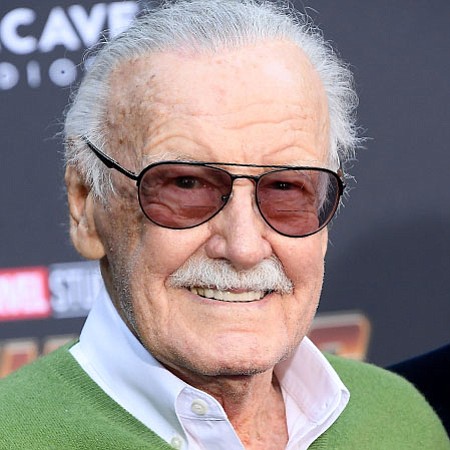 Bang! Boom! Pow! These words make up many an effect on generations of superhero comics –   those legendary figures we know and love for their endless servitude to humanity. Comic superheroes first became popularized in the United States in the 1930s, as pillars of strength, perfection, and morality. they were also fairly one dimensional in personality.  Stan Lee took the perfect superhero model, and made it human, imperfect, and fallible, and in doing so he made them so much more interesting and relatable to readers. Read on to learn more of his story.

Stan Lee was born Stanley Martin Lieber in 1922 in New York City.  He had one younger brother, and his family of four was one of many victimized by the Great Depression, living in a small apartment in the Bronx during his youth.  Lieber had many small jobs during his teen years, several of which included writing – obituaries, news services, and press releases, among others. He entered and won a high school essay contest in the New York Herald Tribune at age fifteen, and the newspaper suggested he consider writing professionally.  The seed was planted.

With the help of an uncle, Lieber got a job as an assistant with the Timely Comics division of the Martin Goodman Publishing Company. Lieber made his comic-book debut with a text filler piece called “Captain America Foils the Traitor’s Revenge” in Captain America Comics #3, dated May 1941. It was here that Lieber first used the pseudonym Stan Lee.  Lee has since explained that because of the low social status of comic books, he was embarrassed to use his own name, and used a pen name so that nobody would associate his real name with comics, when he might eventually write what he called the “Great American Novel.”   He eventually adopted Stan Lee as his legal name.  (As a side note – Lee’s first story of Captain America introduced Cap’s ricochet shield-toss technique.  Stan Lee immediately made an impact to the comics he touched.)

Due to the departure of Timely Comics’ Editor Joe Simon and his creative partner Jack Kirby, Lee was promoted to the position of Interim Editor. He did so well in that position that he was made Editor-In-Chief, a title he carried until 1972.

Lee took a three year detour from comics, to serve in the U.S. Military. He was initially assigned in the Army as a telephone pole lineman. After realizing it made a mistake, the Army reassigned him to the training film division to create posters and work as a writer of films, shorts, and comics for the duration of the war, where he said his official military classification was “Playwright.” Lee served with several other notable people in his division, including film director Frank Capra, New York Times cartoonist Charles Addams, and children’s book author and illustrator Theodore Geisel (Dr. Suess). During his time with the military, Lee still contributed writing assignments to Timely Comics.

Timely Comics became Atlas comics in the 1950s, and evolved to become Marvel Comics by 1961. Lee had become bored writing tired old hero stories, and was planning to quit, when he was given his greatest opportunity – to develop a new superhero team. Since he was planning to quit anyhow, Lee’s long-time wife suggested he use this as an opportunity to try something new, with very little to lose.  This allowed Lee to try his hand at making a change to the idealistic superhero archetype. Lee gave his superheroes a flawed humanity, real world problems, and emotions.

Lee teamed up with Jack Kirby again, and together they created the Fantastic Four. They followed this with the Hulk, Thor, Iron Man, and the X-Men.  Lee worked with Bill Everett to create Daredevil, and he worked with Steve Ditko to create Doctor Strange and Spider-Man. Lee also had a hand in the creation of Black Panther, the Silver Surfer, and Captain America’s Falcon.

Lee and Kirby assembled several of their creations into a team called The Avengers, and revived older superheroes like Captain America and Sub-Mariner to add to the team. All of these characters lived in a shared universe, much of which has since been cinematically adopted by Disney as the MCU – Marvel Cinematic Universe.

Throughout the 1960s, Lee scripted, directed, and edited most of Marvel’s comic series.  He moderated the letters pages, wrote a monthly column called “Stan’s Soapbox”, and wrote endless promotional pieces, often signing off with his trademark motto, “Excelsior!”, which means “ever upward” or “still higher” (and it is also the New York state motto). Lee insisted that all artists who contributed to individual comics receive proper credit, and wrote it into the credits at the end of each comic, along with the inclusion of friendly “Dear Stan and Jack” segments in the publications. Lee also supported using comic books to provide timely social commentary about the real world.

Lee stopped writing monthly comics in 1972, when he assumed Marvel’s publisher role. Lee still did occasional writing, but did more collaborating and promoting of the Marvel brand.  He ceased regular duties at Marvel in the 1990s, but continued to be the face of Marvel Entertainment. Me made cameos in most of the Disney-Marvel MCU films, up until his death in 2018.

Stan Lee was honored as a Disney Legend in 2017. 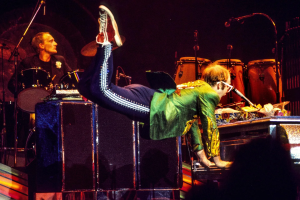