Always the pioneer, Walt Disney was the first movie producer to embrace the world of television.  Most movie producers at the time were threatened by the invention of television. They saw it as a threat to the movie industry.  Walt saw television as the way of the future, and he used it to reach out to American audiences more directly. Not only did Walt use television to promote the Disney brand, he used it to introduce America to his biggest dream to date – Disneyland.

Disneyland the park opened to the public with great fanfare on July 17, 1955, but almost nine months earlier, Walt Disney began sowing the seeds of his dream park with the introduction of the Disneyland television show on October 27, 1954. The Disneyland show featured clips of Walt introducing and discussing the plans for, and progress of, the Disneyland park, alternated with pieces of original content produced to highlight the different lands of the park, such as Davy Crockett for Frontierland, nature films for Adventureland, Man in Space for Tomorrowland, and cartoons and animated films for Fantasyland.

Roy Disney was the businessman of the two brothers, and he arranged for Disney to produce a weekly episode of Disneyland for ABC, in return for ABC investing in the construction of the Disneyland park.

Disneyland aired on ABC for its first seven seasons, and since then has spent time on CBS and NBC as well.  The program has aired under several other titles over the years, including Walt Disney Presents, Walt Disney’s Wonderful World of Color, The Wonderful World of Disney, and others. These are collectively known as the Disney Anthology television series.

Walt hosted the show from 1954-1966.  By hosting, Walt became even more familiar to the American public than he already was. He was welcomed into the living rooms of millions of families, admired as that kindly uncle or family friend.  This direct contact between Walt and his audience built on a foundation of trust that was already in place thanks to Disney’s consistently high quality productions.

After Walt, no one hosted a Disney Anthology show until former Disney CEO Michael Eisner hosted various iterations of the show from 1987-2002. 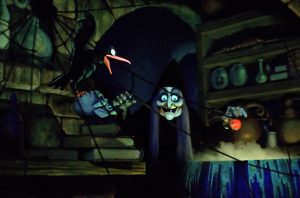 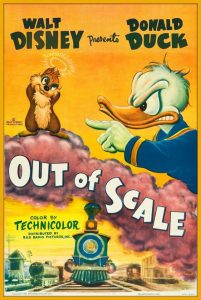